We welcome Stephanie Killam who was selected as the new public representative on our Peace Region board. Stephanie has lived in Mackenzie for nearly 50 years and been an active community leader for 35 years.

She was mayor of Mackenzie from 2005 to 2014, and a councillor with the District of Mackenzie for nearly a decade before that. Stephanie chaired the Omenica Beetle Action Committee, the Northern Health Board, and the McLeod Lake/Mackenzie Community Forest.

She is currently the chair of the Muskwa-Kechika Management Area and Geoscience BC, and a director with the Northern Health Authority . Stephanie is also a director with the Fraser Basin Council, and vice-president of the Mackenzie Nature Observatory.

There isn’t much time for relaxation, but when there is, Stephanie spends much of her time with her husband exploring the back roads of northern B.C., and taking photographs of the wildlife and landscapes.

Stephanie is now one of three public representatives on our 16-member Peace Region board and joins Wayne Sawchuk and Brian Paterson. 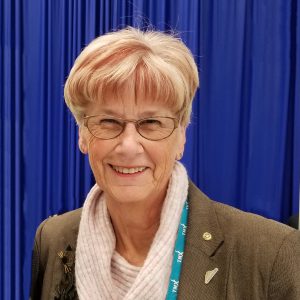