Twenty-four northern leopard frog egg masses were found in the Creston Valley in the last field season, one of the highest observed counts since monitoring started there in 2000. The field team caged 18 of the egg masses to protect them from predators and increase survival for this endangered amphibian.

The high number of egg masses was located last year; this allowed biologists to move nearly 11,000 tadpoles to the frog’s historical range near Brisco, north of Radium Hot Springs, in the East Kootenay. 2020 was the first year the Northern Leopard Frog Recovery Team met their “wild-to-wild” release target at this re-introduction site—meaning the number of eggs or tadpoles collected in the wild and released in another location in the wild.

We’ve been funding and supporting the recovery of endangered northern leopard frogs since 1996 and each year we commit nearly  $200,000 to this amphibian recovery, where the last wild population was once only at the Creston Valley Wildlife Management Area. The project is managed by the Ministry of Forest, Lands, Natural Resources and Rural Development with guidance and support from the Provincial Northern Leopard Frog Recovery Team. 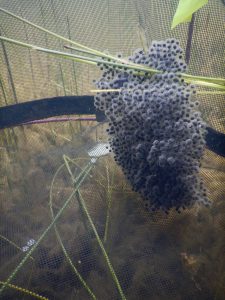 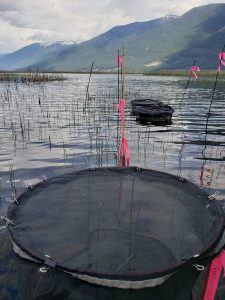