The hanging culvert below Applegrove Road is a major fish barrier. Credit: MOTI

In 2015, the construction of an 18-metre long, clear-span bridge at Heart Creek successfully allowed fish to access approximately 250 meters of spawning and rearing habitat.  Now, the Ministry of Transportation and Infrastructure (MOTI), has set its sights on a bigger goal: opening a further 1.2 kilometers of prime upstream fish habitat.

Phase I of the project, with the construction of the bridge in 2015 that replaced a hanging culvert that was a major fish barrier, resulted in Kokanee spawning in a section of stream where they had not been observed for 35 years. Phase II of the project will involve replacing a hanging culvert – again a major fish barrier – underneath Applegrove Road upstream of the new bridge.

To help achieve this goal, MOTI, with funding from the FWCP once again, has laid the groundwork for the design of the fish passage improvement at Applegrove Road. In 2017 it hired Sea to Sky Drilling to determine the soils at the crossing site, as well as Northwest Hydraulic Consultants for a hydrotechnical assessment of replacement options.

MOTI is now entering the design phase for such an installation, and construction work is expected to occur in 2018.

In the fall of 2017, members of the Nakusp Rod and Gun Club – another partner in the project – observed Kokanee in the plunge pool below Applegrove Road, so there are high hopes that next year other Kokanee from Arrow Lakes Reservoir will have much more spawning habitat to choose from.

Read more about Phase I of the project; including the final report.

Read more about Phase II of the project; including the final report. 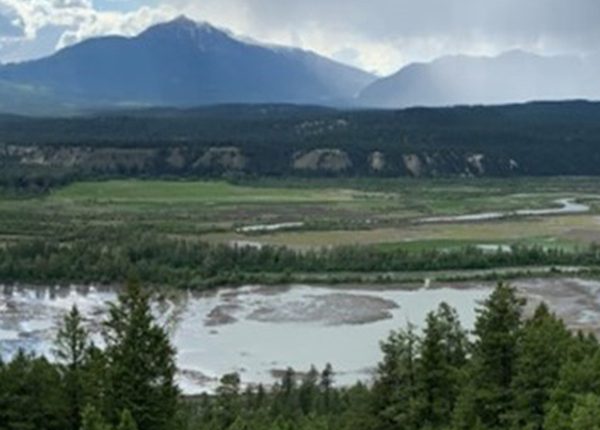