The recruitment process for a new program manager for the Fish & Wildlife Compensation Program (FWCP) has concluded, and effective Monday, December 7, 2020, Monique Stevenson will take on this role. She takes on the role of providing oversight and leadership into the management and operations of the FWCP, which delivers approximately $10 million in annual fish and wildlife project funding across its Coastal, Columbia, and Peace regions. 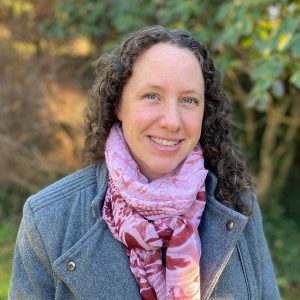 “I have a deep respect for our natural environment and a deep respect for the essential service that BC Hydro provides,” says Monique. “The FWCP’s work is critical to bridging those two areas and I’m grateful to have a role in supporting the FWCP’s vision of thriving fish and wildlife populations in watersheds that are functioning and sustainable.”

Prior to this role, Monique was the senior strategic business advisor to BC Hydro’s senior vice-president of capital infrastructure project delivery, where she managed a wide variety of strategic issues, projects, and communications while building relationships and contributing to initiatives across BC Hydro as a whole. Her work involved preparing materials for BC Hydro’s board of directors, working with internal teams to develop business plans and strategies, including and for example, BC Hydro’s Environment Strategy and workshops on climate change for the BC Hydro board of directors.

Monique joined BC Hydro in 2009 in the energy procurement group, where she led complex risk analyses of independent power producer submissions and managed the Standing Offer Program, an energy procurement program for projects up to 15 megawatts. She moved to Indigenous Relations, providing strategic advice and services, and acted as a team lead for the group conducting Indigenous consultation assessments for projects and programs.

The open and competitive hiring process started in August 2020, when the position was posted internally at BC Hydro and externally on BCHydro.com, Indeed, WorkBC, and LinkedIn.

Trevor Oussoren, who managed the program for the last six years, has taken on a new role with BC Hydro’s Indigenous Relations department.