SQUAMISH-WHISTLER – Two projects announced today by the Fish and Wildlife Compensation Program (FWCP) will support ongoing efforts to restore important spawning habitat along the Cheakamus River and restore a log sort yard into a functioning tidal salt marsh.
The Squamish River Watershed Society, together other partners, will receive funding from the FWCP that will support their ongoing efforts to restore spawning and rearing habitat for coho, chinook, pink and chum salmon, as well as cutthroat and steelhead trout. This project will build on recent restoration efforts in the Dave Marshall Salmon Reserve.

The second local project approved for FWCP funding will be used to restore the former West Barr Log Sort to a functioning salt marsh. By re-grading the site, the Society hopes to create spawning and overwintering habitat, plant native vegetation, add interpretive signage and establish the site as a living classroom.

Together, the two local projects will receive more than $190,000 from the FWCP, which conserves and enhances fish and wildlife impacted by BC Hydro dams.

“The Cheakamus River is home to a variety of important fish species, and restoring spawning habitat will provide a broad range of benefits for wildlife throughout the river corridor,” said Jordan Sturdy, MLA for West Vancouver-Sea to Sky. “These projects are made possible through partnerships with government, stakeholders and First Nations, and uphold our commitment to preserving the environment and building a cleaner, sustainable community.”

These projects get underway this spring and conclude by early 2016. They are among 41 projects approved by the FWCP-Coastal Region Board, which will provide approximately $2 million towards fish and wildlife projects this year.

The Board, which includes First Nations, public stakeholders, BC Hydro, the Province of BC and Fisheries and Oceans Canada, funds projects that align with its watershed and action plans. The Board may direct funds later in the year to other projects it deems a priority for the region.

“Each project we approve for funding aligns with our local Action Plans, and goes through a technical review before being reviewed by our Board members who make the final decisions,” says FWCP Manager, Trevor Oussoren. 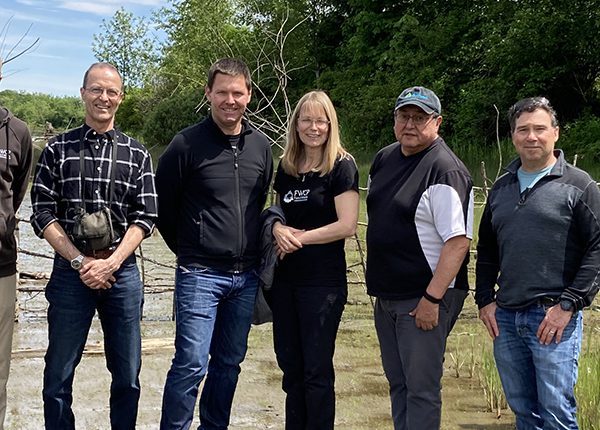