Our Coastal Region board has approved funds to be directed toward the future purchase of conservation lands.

The Nature Conservancy of Canada (NCC) and Fish & Wildlife Compensation Program (FWCP) have joined forces to conserve 111 hectares (274 acres) of forest and wetlands near D’Arcy, BC. The FWCP provided the funds to purchase the land, known as Gates Creek, with the aim of finding a long-term conservation solution for the ecologically important area. That solution has now been found through partnership.

Ownership of Gates Creek has been transferred to NCC, and the FWCP’s Coastal Region has made a further contribution to an endowment fund that will enable the long-term stewardship of the conservation area. Additional funding was provided by the Government of Canada, through the Natural Heritage Conservation Program, part of Canada’s Nature Fund, the U.S. Fish and Wildlife Service and TELUS Communications. 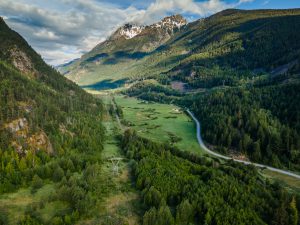 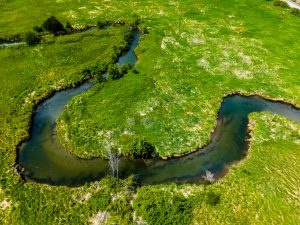 Gates Creek is located in the territory of the St’at’imc people, adjacent to the N’Quatqua First Nations reserve lands. The FWCP is grateful for the connections and relationships it has made in the community over the years. This project provides a welcome opportunity for NCC to collaborate with N’Quatqua, who have a longstanding relationship with this land.

NCC will develop a management plan for Gates Creek and will steward the lands as part of the organization’s conservation portfolio in their Fraser West Natural Area. 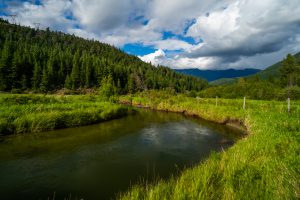 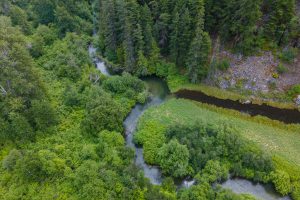 • Population fragmentation is a well-documented threat to wildlife species all over the world. Fragmentation creates smaller, isolated, less genetically diverse grizzly bear populations, as well as increasing risks from poaching, vehicle collisions and other human interactions.

• Wetlands provide immense benefits to biodiversity, with one in three provincial species at risk relying on wetlands to meet some or all of their needs. By filtering and purifying freshwater, controlling stream flows, recharging groundwater and preventing erosion, wetlands provide invaluable ecosystem services for human and more-than-human communities alike.