The northern spotted owl is one of Canada’s most endangered species with about 10 wild individuals left in British Columbia. The webcam is brought to you by the FWCP and the Northern Spotted Owl Breeding Program. See Chick D develop throughout the month of May at the breeding facility in Langley B.C. Recovery of these endangered owls is one of our priority actions outlined in our Bridge-Seton Watershed Action Plan, and it is one of 95 fish and wildlife projects the FWCP is funding, for approximately $9.8 million, in 2022–2023. The projects help to conserve and enhance fish and wildlife in watersheds impacted by BC Hydro dams. Learn more about why BC Hydro funds the FWCP.

Live from the nest

As of May 19, the chick has left the nest. It’s great news that the chick is doing well and has fledged, but it means our 2022 webcam is pausing. Follow us on Instagram and LinkedIN for updates on the owl chick and all the species that benefit from the projects we fund.

If you missed the live feed, see a recording from the nest and our photo gallery below.

Recording from the nest

Get to know the family

The adult pair of owls are Jay and Bella, and they were hatched and raised at the Northern Spotted Owl Breeding Program (NSOBP), in 2014 and 2017. This is not their first chick, but it is the first one they will be raising together. Their previous chicks were raised by more experienced pairs, but they are now ready raise their own chick! Chick D is a female and so far Bella and Jay are proving to be great foster parents. Watch often so you can see how they feed and look after the chick.

Adopt a chick! For a minimum donation of $25, you will provide your chick with 21 mice—enough food for a whole week. You will receive a certificate of your symbolic adoption and emails about your chick’s development.

The Adopt-A-Chick program gives you an in-depth look at your chick—from its time in the nest with its parents until it has fledged and gets to explore its new surroundings. You’ll receive exclusive photos and videos of the chick and get access to an activities page! 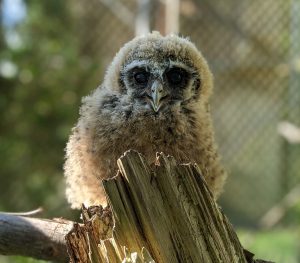 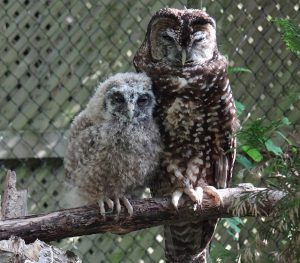 Chick B with foster dad Sedin 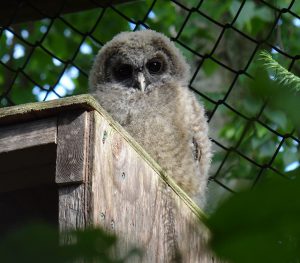 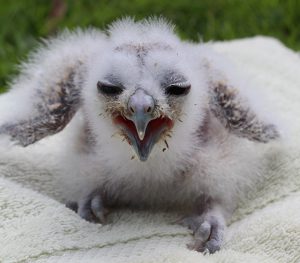 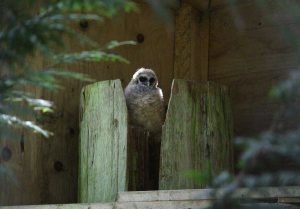 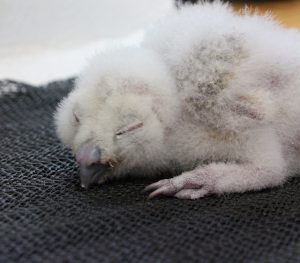 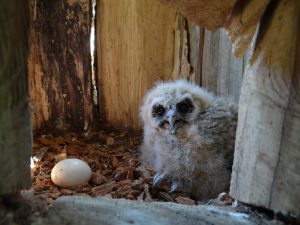 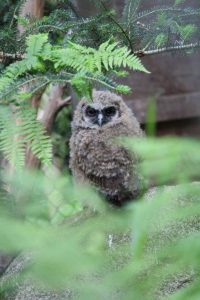 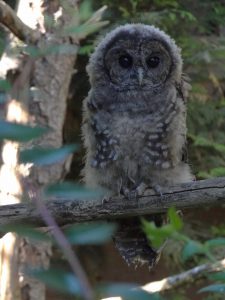 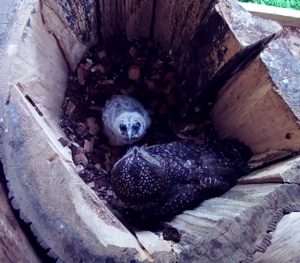 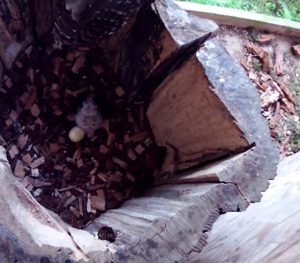 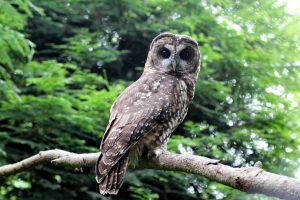 One of the reasons the northern spotted owl is at risk in Canada is due to habitat loss resulting from a variety of human activities such as timber harvesting and human settlement, including the creation of reservoirs. That’s why FWCP is involved: our mission is to conserve and enhance fish and wildlife impacted by BC Hydro dams. In addition to funding the breeding program, the FWCP has also funded research and monitoring on northern spotted owls.  Subscribe and stay informed about FWCP grants, and the projects we fund, including this one. If you have questions about the FWCP, please ask us: fwcp@bchydro.com.

The Northern Spotted Owl Captive Breeding Program’s objective is to release captive-raised owls into protected habitats, with the goal of establishing a viable self-sustaining population of spotted owls within the Lillooet area.

The Northern Spotted Owl Captive Breeding Program is funded by BC Hydro, the British Columbia Conservation Foundation, the Fish & Wildlife Compensation Program, INNERGEX, the Government of Canada, and the Province of B.C. 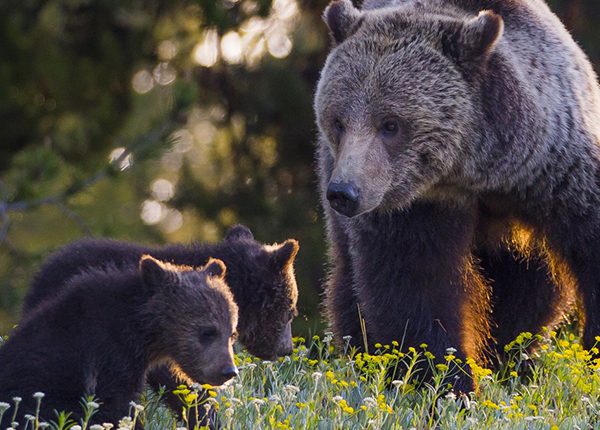 Thank you for subscribing! You’ll start receiving our e-letter, annual reports and newsletters soon! You can expect updates and results from fish and wildlife projects underway now, early notice of our annual grant intake and […] 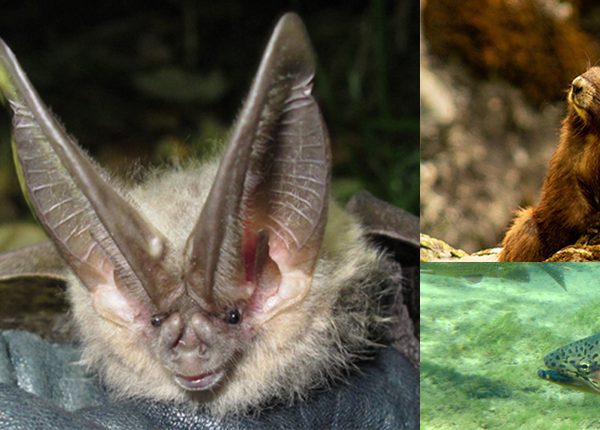 More events coming! Follow us on Instagram and LinkedIn, or subscribe so you don’t miss out. Our winter and spring 2022 online information sessions are over for now. In-person events about our projects are being […] 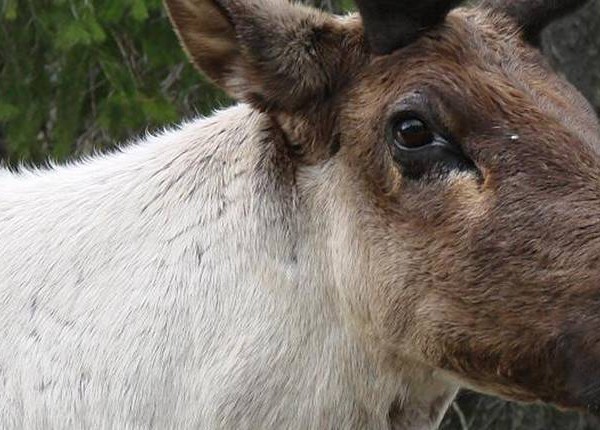